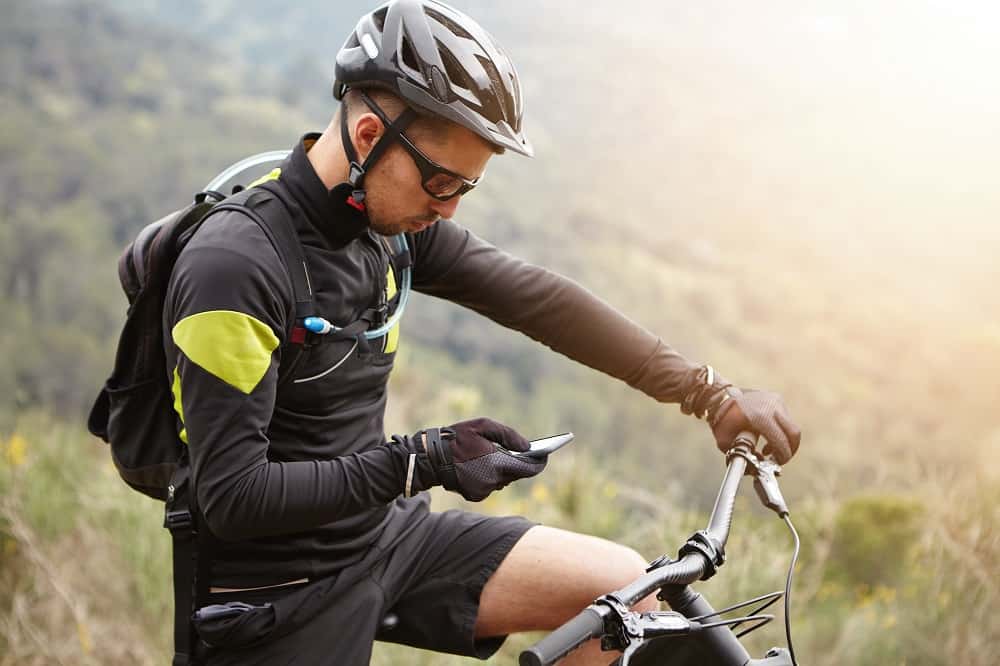 Cycling has taken huge leaps in terms of technology that has been integrated into the sport recently. Apps have been the centerpiece of the ongoing modernization but finding the best cycling apps is becoming harder and harder due to the new apps that constantly pop on the app store. This is why I decided to make this article and give you my best suggestions on what are some of the top apps for different cycling purposes…

There are numerous activities that are all bike-related and benefit from a specific app. For instance, you could need an app to do the following:

This is why I’ve picked an app that matches each of those needs and some of them even work across the board as an all-in-one cycling apps. Either way, let’s get right into this!

Route planning is one of the most complicated things in front of a beginner cyclist. Komoot takes the confusion out of the whole process and uses a database created by more than 10 million cyclists to plan the best routes for you. 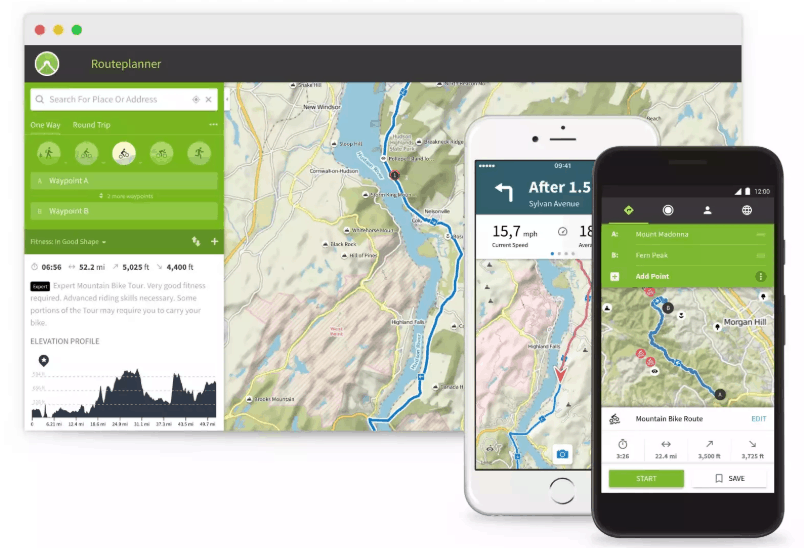 Basically, the app works by having routes being input into it by other cyclists. These cyclists will select the difficulty of the route, what type of bike will you need (road vs mountain bike), and other aspects as well. All you will have to do is select your bike type and choose the starting and endpoints. The app will take care of everything else. In theory, the more people go for rides and the more people join the app, the better and more advanced it will become at giving you exactly what you’re looking for. That idea behind it is what makes it a truly unique route planning app that is ideal for cyclists of all levels.

The app can also be used on a desktop, making it even easier and more convenient to plan your route before heading out. Most of the app functionality is free to use on both mobile and desktop. The paid version, however, has a few perks such as:

The way their payment system is set up is that you pay to unlock all the extra features for a specific region with each region costing around 5 dollars. You also have the option to unlock the whole world for 5 times that amount.

Strava is one of the most well-known and widely used cycling tracking apps. It has a wide array of free functions along with some awesome paid ones.

The basic free version of the app allows you to track your speed, route, distance, and other stats like elevation changes, calories burned, and more. All of that also comes with the bonus of the awesome 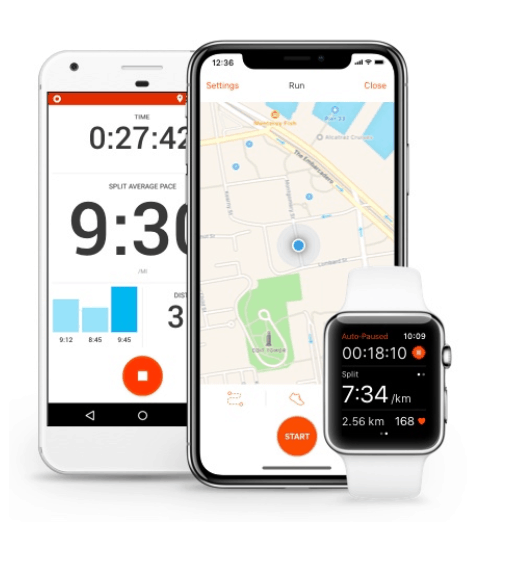 Strava community that shares their progress and routes daily on the Feed. You can follow different people and see their cycling progress in the app.

Once you start paying, you become a member of Strava’s Summit club which is separated in three bundles that all cost around 3-4 dollars depending on the deal you’re getting and whether you pay monthly or annually. There is also a bundle package for all three bundles. Those packs are:

The safety pack allows for various features that allow you to create heatmaps, plan routes better, and let your close ones to know your location at all times. The training pack has some improved features and functionality when it comes to the live data of your session, pace analysis, and racing tips. Lastly, the analysis pack focuses on your body’s performance throughout the whole workout. It does require a good fitness tracker for cycling to work properly, however.

Right now, they offer a 60-day trial period which is free of charge and allows you to tap into all of the features for free.

Training peaks is one of the most advanced tracking and training apps for all sorts of athletes. What makes this app unique is the fact that you have the option to work with coaches from all over the world in all sorts of sports categories. 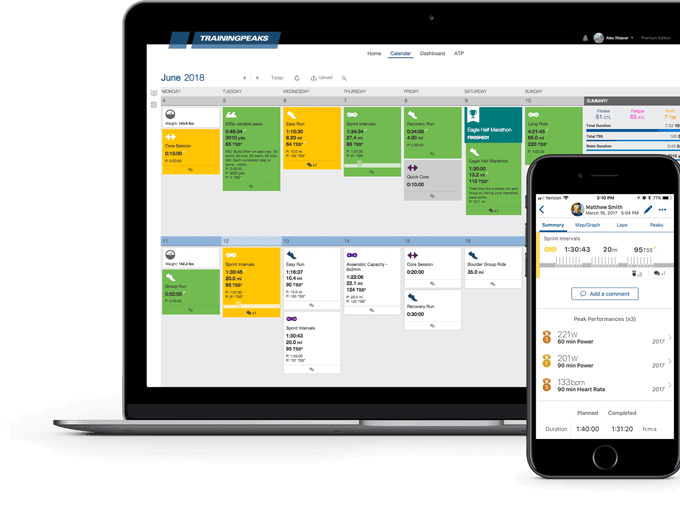 The mobile app offers a fairly limited amount of information compared to the desktop one which is one of the most detailed tracking applications right now. When working with a coach, all of your progress will be visible by your coach and you will be able to schedule workouts, sessions, and comment on routes and other aspects of your progress.

The app itself is free to use for athletes but if you want to get access to the advanced features you will need the paid version which is around 10$ per month. Coaches will set you back quite a bit more, however, with most of them costing more than 120$ per month.

If you want a great cycling tracker that will also keep an eye on your body’s metrics and route changes, I recommend checking my Garmin Forerunner 735XT Review!

Everyone knows that speed is essential to cycling if you want to keep pushing your time records. The weather and wind more specifically are one of the biggest factors when it comes to drag and aero. This is why most cyclists often look for apps that will tell them the weather on the route that they will be taking next.

MyWindsock is a revolutionary app that gives you real-time information about the weather on your chosen cycling route. It can use the route you’ve uploaded to it (with a GPX file) or it can also work with a Strava route that you’ve planned. It also works with other apps like Komoot and some GPS devices. One very curious feature it has is that it gives you the Watts that you will be losing due to the wind acting against you (calculated from your total power output).

The compatibility with Strava doesn’t even end there. You can input your best times (from Strava) and MyWindsock will give you the specific weather conditions for each one of them at the time of the execution. That will make it easier for you to analyze how you’ve performed under different conditions. There are both free and premium versions with the free unlocking you almost all of the functions with some daily restrictions. The premium plan allows you to upload as many maps and routes as you want per day, leaderboard data from third-party apps, more rider profiles, and some other advanced tech.

The downside of it all is that you won’t be able to use this on your mobile phone (for now) as it only has a desktop version.

Both Busby and Road IO ensure that the cyclist is safe when he’s out and that medical personal can be called into his/her location if an accident occurs. There are also tracking options for your relatives to know that you’re safe and where exactly you are when cycling.

Both apps are still in their early stages and they keep adding more and more features to them every day and there have been countless people that have been saved or have benefited from the way these apps make sure that you’re safe. Both of them are also free for now.

Apart from those apps, there are some other really good all-rounders. Let’s talk about them now…

Some other really good cycling apps are Wattson Blue and ViewRanger. Wattson Blue has all the necessary fitness functions that you need to monitor your cycling sessions, while ViewRanger allows people from all over the world to share different routes and various tips and points about them.

Apps can be used on both high-end cycling computers and on your normal smartphone. Which one is better, however, is still up for debate. Join me on my full article on the topic to learn what are the pros and cons of using both of these devices in your cycling session.

Some of the best cycling apps include all-around features but also narrowly specialize in one aspect of cycling. Still, apps like Strava, Komoot, and Wahoo are good all-rounders that can also do most other tasks fairly well. Which one you will pick should depend on the app’s ease of use, functionality, and even price. Some modern apps have subscription-based monthly plans which aren’t cheap at all, so make sure you get a good deal.